Home » WeWork experienced a tumultuous first year after its IPO, how will the journey continue?

WeWork experienced a tumultuous first year after its IPO, how will the journey continue? 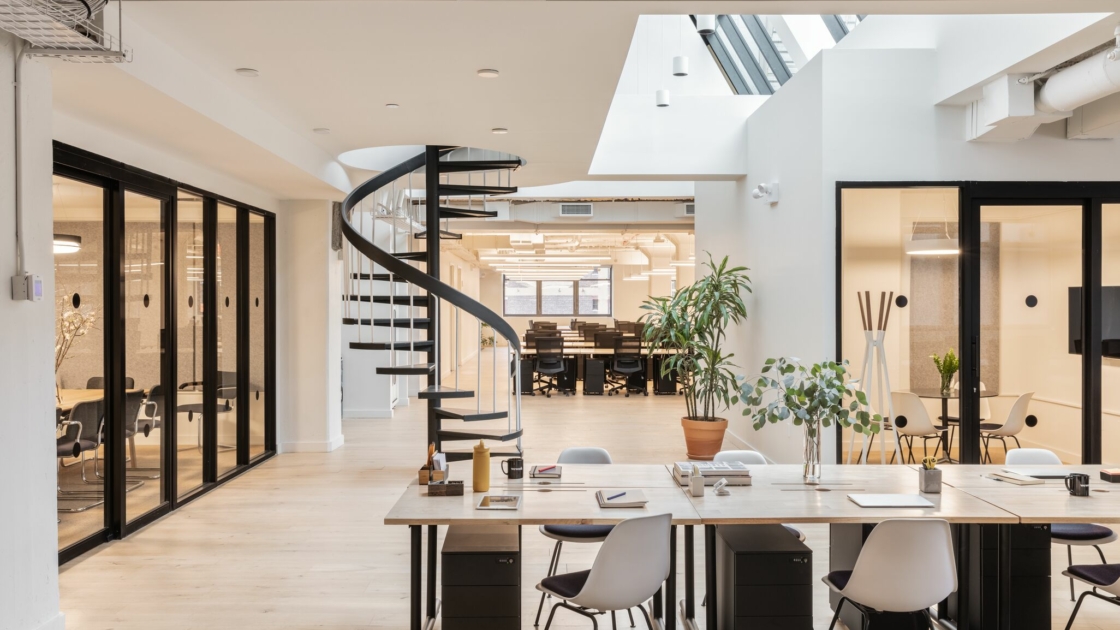 WeWork is a leading provider of co-working spaces for businesses of all sizes, from start-ups to large corporations, with a global presence of over 700 offices in more than 35 countries. Despite its prominent position in the market, the company is struggling with financial challenges, which has led to a significant drop in its share price of over 80% since its IPO through a Special Purpose Acquisition Company (SPAC) in October 2021.

In November 2022 WeWork published their third quarter results. The company was able to increase its revenue by roughly 24% compared to the third quarter of 2021, however the reported $817 million was lower than anticipated by analysts, resulting in a further drop in the share price. Furthermore, the company reported a loss per share  of $-0.75 which is also 30 cents lower per share than the expected EPS of -$0.45 by analysts.

Struggling with the IPO

In late 2019 WeWork announced its intention to go public with a valuation of roughly $50 billion. However, the company faced significant challenges as concerns about the business model and financial stability arose, which ultimately led to the failure of the IPO. This initial valuation was confirmed in early 2019 by a funding round led by SoftBank with an investment of $2 billion, resulting in a valuation of $47 billion. Following through on its IPO plans, the company merged with a SPAC in October 2021, at a valuation of roughly $10 billion, resulting in a decrease in valuation of over $35 billion in just 2 years.

After WeWork finally went public, the aforementioned concerns about financial and business model challenges increased, and the share price lost about 85% of its value since the IPO, dropping from $12 shortly after IPO to $1.68 per share currently, which equates to a market capitalization of $1.27 billion.

WeWork’s share price chart since inception is shown below: 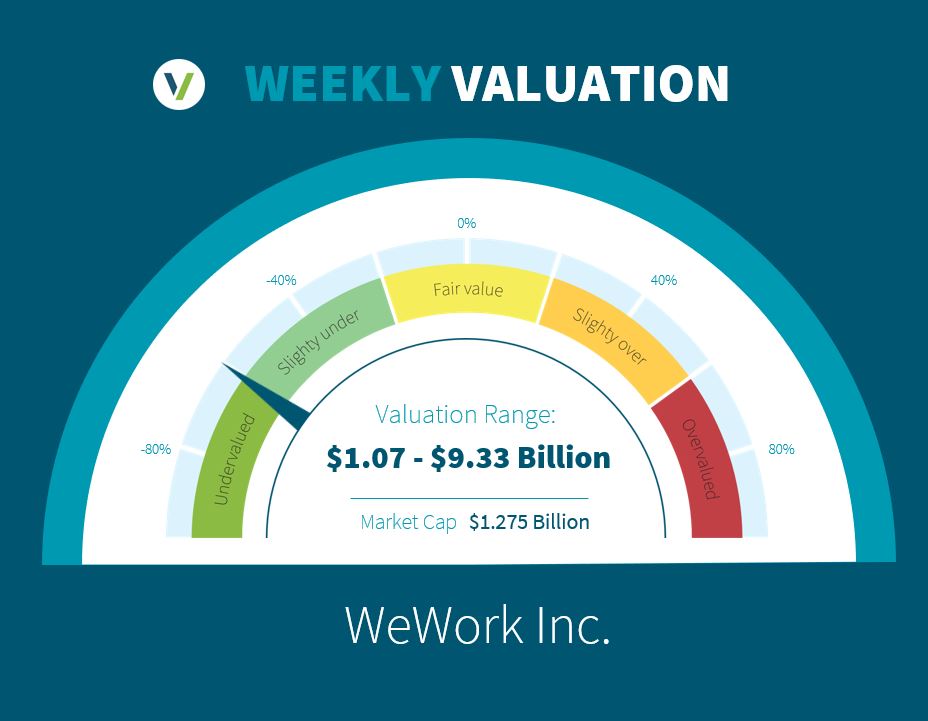 The Trading Comparables analysis resulted in a valuation range of $8 billion to $9 billion by applying the observed EV/Sales multiple of WeWork’s only real listed rival, IWG PLC. Given that IWG is actually profitable, it is no surprise that it is trading at substantially higher multiples than WeWork.

The Discounted Cash Flow method suggests that WeWork is currently fairly valued, however if it can resolve its financial troubles and start to achieve profitability, its share price could re-rate to levels enjoyed by IWG, and the current price would seem very cheap. Which will it be? Let us know in the comments.

This article is for informational purposes only and does not constitute investment advice. None of the information contained herein constitutes a solicitation, offer or recommendation to sell or buy any financial instrument.

How can we help your organization?

Get comprehensive business valuations on any company in minutes. Let us show you what Valutico can do for you.

We use cookies on our website to give you the most relevant experience by remembering your preferences and repeat visits. By clicking “Accept All”, you consent to the use of ALL the cookies. However, you may visit "Cookie Settings" to provide a controlled consent.
Cookie SettingsAccept All
Manage consent

This website uses cookies to improve your experience while you navigate through the website. Out of these, the cookies that are categorized as necessary are stored on your browser as they are essential for the working of basic functionalities of the website. We also use third-party cookies that help us analyze and understand how you use this website. These cookies will be stored in your browser only with your consent. You also have the option to opt-out of these cookies. But opting out of some of these cookies may affect your browsing experience.
Functional Always Enabled
Functional cookies are absolutely essential for the website to function properly. These cookies ensure basic functionalitiesm security features of the website, and anonymous usage reporting.
Analytics
Analytical cookies are used to understand how visitors interact with the website. These cookies help provide information on metrics the number of visitors, bounce rate, traffic source, click and scroll behavior etc.
Advertisement
Advertisement cookies are used to provide visitors with relevant ads and marketing campaigns. These cookies track visitors across websites and collect information to provide customized ads.
SAVE & ACCEPT
This site is registered on wpml.org as a development site.